If practice makes perfect, then Ron should be getting close. In 2010 he celebrated 50 years in practice. But he is far from slowing down. He continues to combine his wealth of experience with an insatiable curiosity and desire for justice, making him one of the most respected (and feared) trial lawyers in California.

Rouda is the firm’s founding partner. He has obtained numerous multimillion-dollar verdicts and settlements on behalf of his clients. In addition to record-setting verdicts and settlements, he has served as an officer in numerous organizations. He was the President of the American Board of Trial Advocates in 1998 and was a local chapter president. In 1992, he was President of the California Trial Lawyers Association. His awards include ABOTA’s highest award, the Lifetime Achievement Award in 2011, ABOTA’s California Trial Lawyer of the Year and Don E. Bailey Civility award, SFTLA’s Lifetime Achievement Award, and CAOC’s Marvin E. Lewis and Robert E. Cartwright, Sr. Awards recognizing his excellence in trial advocacy and dedication to teaching trial advocacy. Rouda is the guiding spirit behind ABOTA’s successful nationwide program, The Youth Education Project, an Interactive Curriculum, teaching children about the history, importance and value of trial by jury.

Ron is a strong advocate for consumer safety, and has appeared on numerous radio and television shows, including, Larry King Live, Good Morning America, The Today Show, Greta Van Susteren, Geraldo Rivera, and The O’Reilly Factor. Rouda specializes in catastrophic personal injury and wrongful death litigation. He is a lecturer and author of numerous articles on trial practice, and coauthor of the 5-volume California Tort Practice Guide.

Ron is also an accomplished pianist. He performed a concert for the International Academy of Trial Lawyers’ 50th Anniversary Celebration, performing Gershwin’s Rhapsody in Blue, in the Florence Gould Theatre at the Palace of the Legion of Honor in San Francisco. He also performed another Gershwin concert with an 18-piece orchestra at Bimbo’s 365 Club in San Francisco. 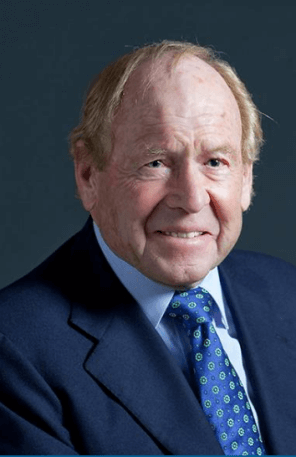